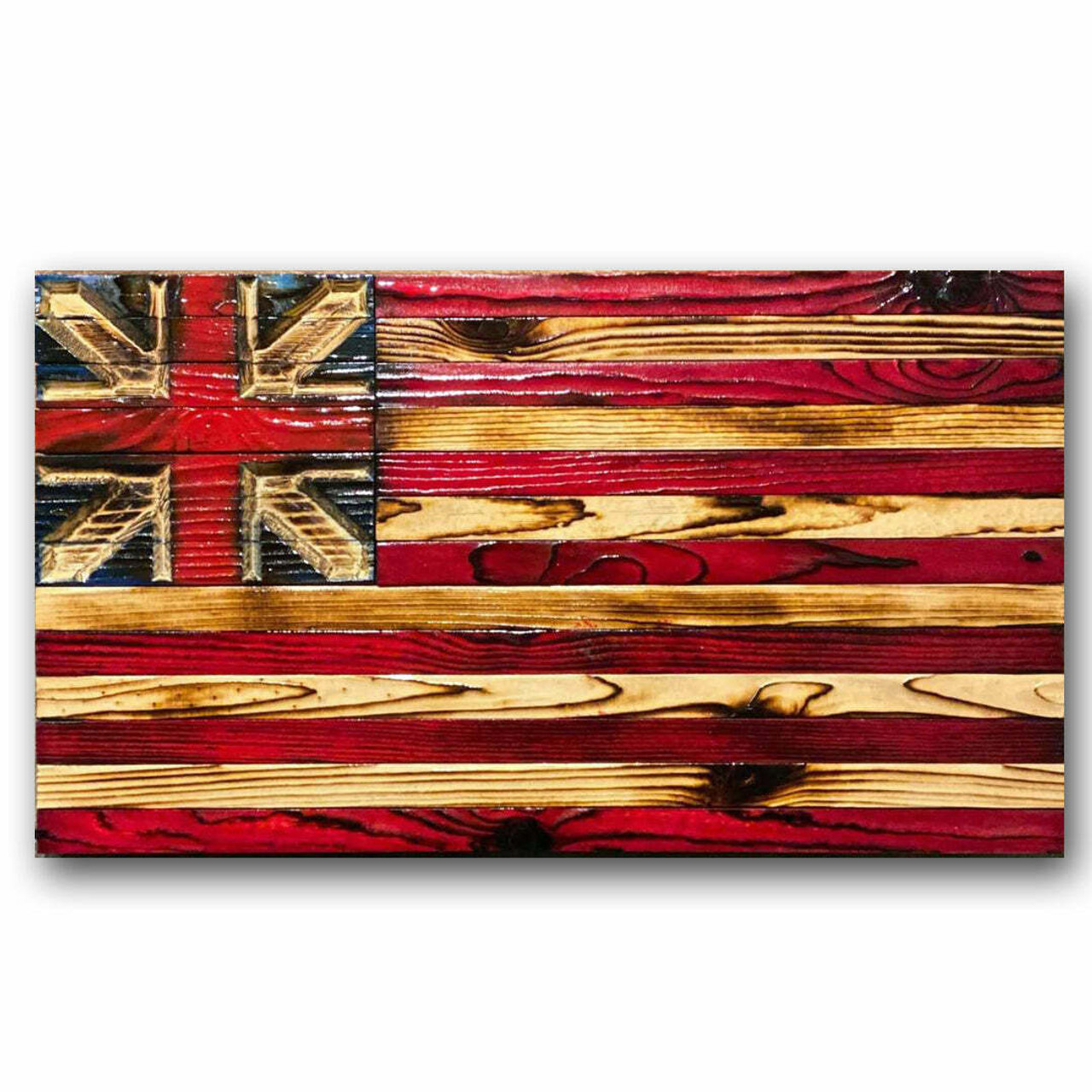 The Grand Union Flag, also called, the Continental Colors, the Congress Flag, the Cambridge Flag, the First Navy Ensign or the Alfred Flag. The Grand Union Flag is known as the very first National flag of the United States of America. It was first raised on the colonial warship, Alfred, in the harbor of the Delaware River near Philadelphia, PA on December 3, 1775. It is believed that American Patriot, John Paul Jones, then a lieutenant of the formative Continental Navy, helped to create and hoisted this first flag of America. The Grand Union American Flag was used by the Continental Army on its ships as a naval ensign and as a garrison flag until early 1777. History can't say for certain who made this first, Grand Union Flag, but it has been mostly credited to Margaret Manny. It is said that, General George Washington raised this flag on New Years Day, 1776 when his army was at Prospect Hill in Charlestown, near his headquarters outside of Cambridge, MA.