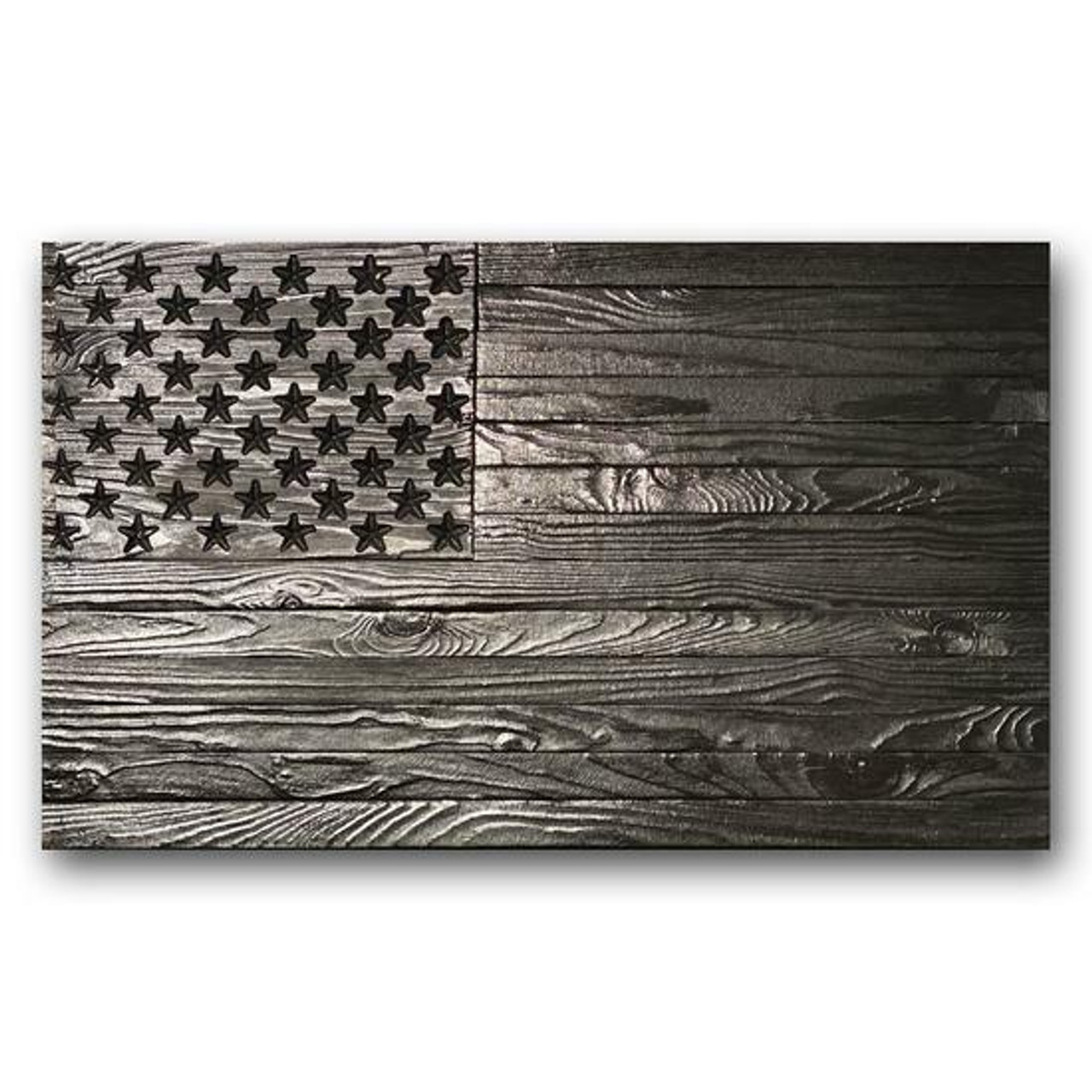 WHAT DOES A FULL OR ALL BLACK OR BLACKOUT AMERICAN FLAG MEAN?Through-out when an army displays a White Flag this is a symbol of surrender. The White Flag means that the approaching combatants are requesting quarter with your army. In other words it means the soldier or army is surrounding to you peacefully. In some cases two enemy sides can meet under two White Flags to meet for negotiation or terms of a peaceful end to the conflict by one or both sides. When the Black Flag is displayed by an army or soldier this means the polar opposite of the meaning of the White Flag. The Black Flag means the army or soldier will take no quarter. This means they will fight to the death and take no surrender and they reject any peaceful end other than the complete and total desolation of their enemy. The Black Flag means kill or be killed. It can also mean the ultimate sign of distress within a country when the Black Flag is displayed.Black, of course, has long been associated with death. Historically an all Black Flag would be flown by a ship that was containing Plague Victims…this was a warning to other passing ships to Stay Away. By these ships flying an all Black Flag it was saying to any other ships to Stay Back as the Black Flag ship was a Death Ship. Pirates used to use a Black Flag, that they would raise at the very last moment to the approaching ship. The pirate strategy was mostly to use the Black Flag as a means to intimidate their prey into surrendering without a fight. Pirates where know, of course as very brave fighters, but they generally preferred to take a ship without a battle. I mean, who wouldn’t right?To honor history, Etherton Hardwoods is pleased to make an All Black Signature